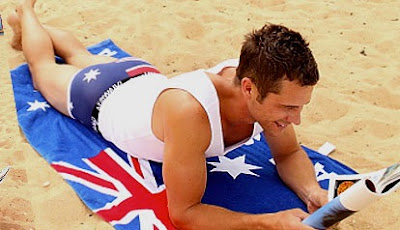 Grundies is a new brand of underwear coming from Australia. It seems there are a lot of underwear brands in Australia these days. But Grundies is a little bit different. When clothing company Pacific Brands moved its manufacturing offshore, over 2000 Australians lost their jobs. Melburnian and former Pac Brands employee, Tony Vass, witnessed the impact of the mass redundancies first hand and vowed to tread a different path, investing in local manufacturing and creating his own underwear line: "Grundies". 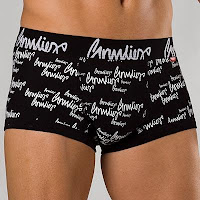 "The day Pac Brands announced it was moving manufacturing overseas was a pivotal day for me" Tony says. "That decision cost thousands of people their jobs, many of them close colleagues of mine. That was the day I decided I was going to be the master of my own destiny, create my own underwear line and put back in to the Australian garment manufacturing industry."
Grundies underwear launched early 2010 and is the culmination of over 2 years of research and development, utilising some of Australia's best underwear designers and local manufacturing facilities. It was important for Tony to manufacture locally. 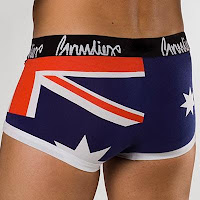 Tony is aiming for a distinctly Australian flavour with Grundies, from the name which derives from Australian rhyming slang for undies - "Reg Grundies", through to the design of one of his Grundies ranges featuring iconic images of the Australian flag and the southern cross.
With three different ranges - a basics range called "originals", a "signature" range which has a more street flair, and an "aussie" range which hearkens back to its roots - Grundies is off to a great start and they are definitely worth checking out. Also stay tuned for a review soon.
Posted by Admin at 1:52 PM

Email ThisBlogThis!Share to TwitterShare to FacebookShare to Pinterest
Labels: by UMan